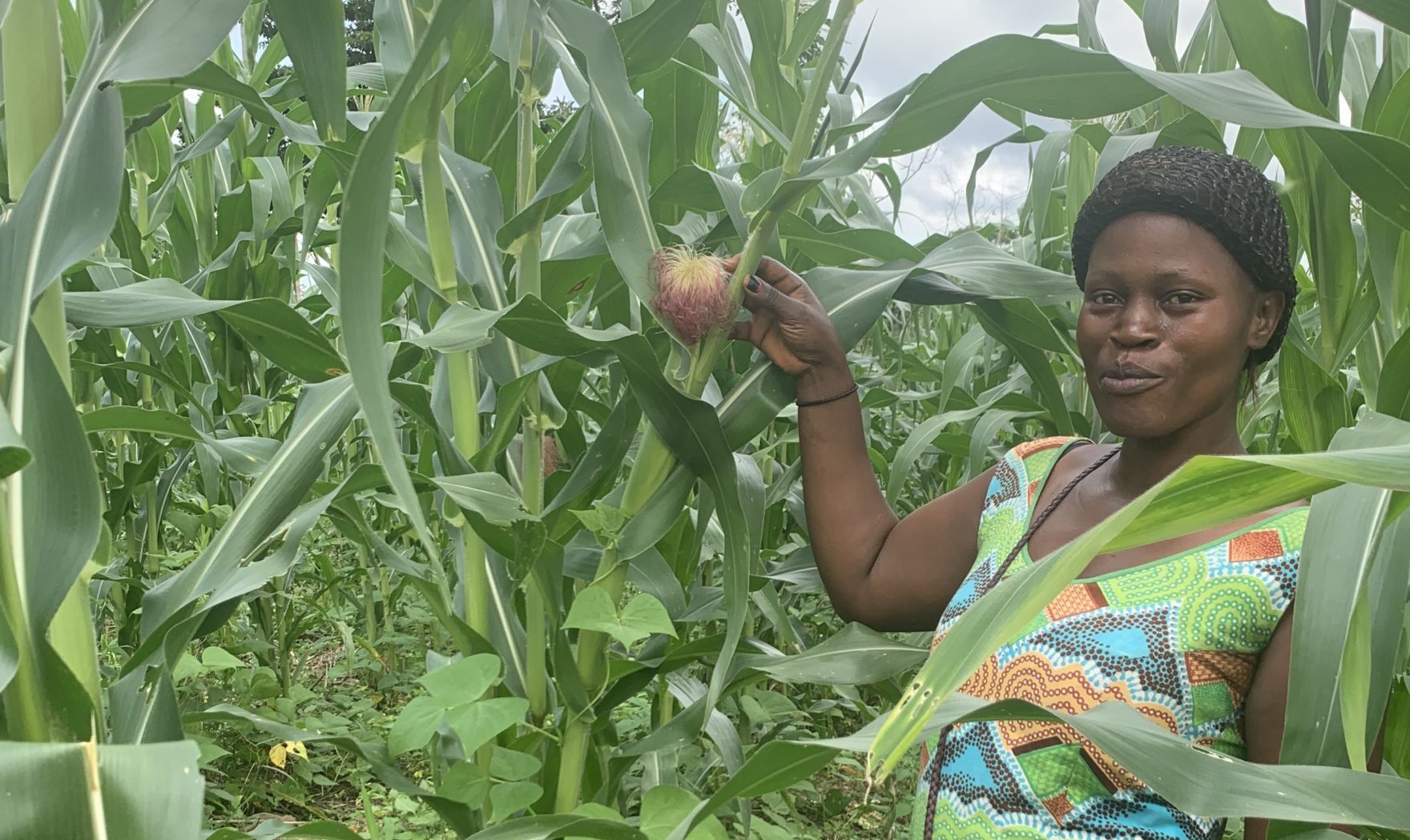 As a child, Paul Ghislain Poum dreamed of changing the world in his own way, and of contributing to the development of his home country, Cameroon. Of course, at the time, he didn’t know how he would achieve this.

But now, as a 26-year-old mathematician and computer scientist, he has discovered how he can have an important impact. Over the past several months, as a volunteer with Cuso International in Cameroon, Paul has developed a web application that provides quality weather information to rural farmers who have been hit hard by the impacts and instability of climate change.

“This information is crucial for the population in general, but particularly for small rural farmers who suffer from production deficits, due to climate fluctuations and lack of access to quality weather reports,” says Paul, who recently won the Golden Hand of Volunteering Award and was honoured at an International Volunteer Day celebration sponsored by the Ministry of Youth and Civic Education in Cameroon.

“I realized that, with my skills, I have a role to play in improving the lives of poor and marginalized people in my country and elsewhere,” he says. Paul Poum received a volunteering award for his work developing a climate change app in Cameroon.

Paul began volunteering with Cuso in July 2021, working closely as a climate modeller with the National Observatory for Climate Change (ONACC), which monitors and assesses the socio-economic and environmental impacts of climate change and proposes measures for prevention, mitigation, and adaptation to the adverse effects and risks associated with environmental shifts.

Because many farmers do not have access to the internet or a mobile phone, the information on the app is retransmitted as a weekly weather report through 40 community radio stations in the country’s 10 regions.

“These listeners, often rural farmers, now have weather information for their area or village, and are able to better plan their agricultural activities by taking into account the weather forecast,” says Paul. “This information is crucial for them to avoid disruptions due to climate change, which poses a food security risk for many families.”

Early reports show that 5,000 listeners have received ONACC’s 10-day weather reports through the radio broadcasts. In the coming months, the application will be available as a mobile app for those who have devices.

“Through my role as a national volunteer with Cuso, I support ONACC to deliver quality services to the population and at the community level,” says Paul. “I am fortunate to see that my contribution as a volunteer is making a difference in the lives of the most vulnerable.”